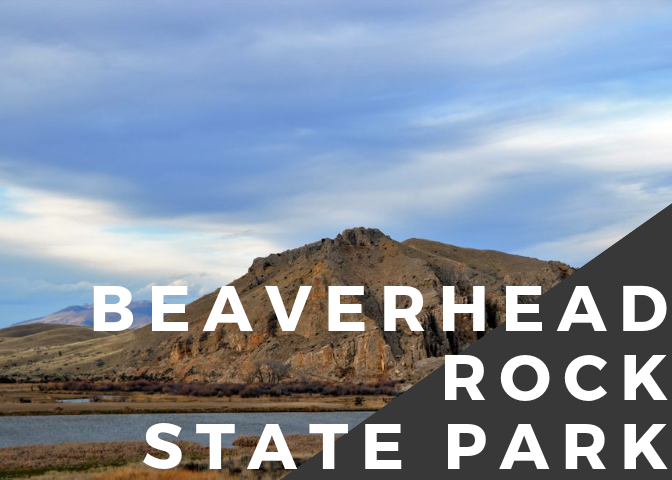 This week’s focus takes us to the 14 miles northeast of Dillon, MT on Montana 41 to Beaverhead Rock State Park, as known as the Point of Rocks by locals.

Beaverhead Rock State Park was the geographic landmark that Sacagawea noted while leading the Corps of Discovery further west. She shared with Lewis that she recognized it as the location where her people, the Shoshones, had been when she was kidnapped as a child several years earlier and would be where her tribe would most likely be found during that time of year.

And in his words: “she says her nation calls the beaver’s head from a conceived re[se]mblance of its figure to the head of that animal…”

In addition to proving to be a critical part of the Lewis and Clark journey, it was also critical to Sacagawea herself, as she recognized the Shoshone Chief, Chief Cameahwait, as her brother and “instantly jumped up, and ran and embraced him, throwing over him her blanket and weeping profusely.”

While on their travels west, Lewis & Clark and the Corps of Discovery were led here by Sacajawea who recognized the landmark as being part of her native homelands.

Coming across Beaverhead Rock was a great relief for the Corps of Discovery as winter was drawing near and they were eager to acquire the horses they would need to cross the mountains from Native Americans.

The trail running past the rock has been used for centuries and later became the route for the first cattle drives and then brought settlers and prospectors to the area.

Beaverhead Rock is on the National Register of Historic Places

Add it to your itinerary today.

Activities at Beaverhead Rock include:

Beaverhead Rock can be viewed and photographed from a distance, but cannot be directly accessed. There are two great locations to best see the rock formation, though.

The first is 14 miles south of Twin Bridges on Highway 41 where a pull-off has informational signs and an interesting bird sculpture.

The second location is from another Montana State Park, Clark’s Lookout State Park in Dillon.